What Makes The Reciprocity Project Different?

Now is the time for disruption. The pressures of this pandemic demand innovation. The Reciprocity Project is ready to seize this moment.

Now is the time for disruption. The pressures of this pandemic have produced a population at severe risk, a situation primed for and demanding innovation. The Reciprocity Project is ready to seize this moment.

Now is the time for disruption. The pressures of this pandemic demand innovation. The Reciprocity Project is ready to seize this moment.

The Reciprocity Project is all ears.

Founding members Tony Monfiletto, Oscar Santos, and Larry Myatt have organized a series of listening sessions to learn from activists, organizers, public health and community leaders, students, parents and caregivers, scholars and educators. With each session bringing more new participants into their conversation and suggesting additional areas of exploration, The Reciprocity Project has emerged as a unique and increasingly energetic forum to explore alternatives to the present menu of schooling.

From a conversation among three friends and colleagues to an on-going series of connecting events, a blog, and regional and national networking, the Reciprocity Project has become a place where people unabashedly discuss what’s next after testing and standards, where it’s okay to be asking why we continue to use a model that limits the futures of large numbers of young people by design. Our current education system easily falls prey to social determinants, performs poorly year after year—with lives as the balance sheet—yet resists serious critique.

Through attentive listening and outreach, the founders have recognized that the challenges we face can only be solved by including new voices and perspectives from outside the education sector. That meant digging initially into the role of social determinants in education, the impact on and forms of racism in schools, community empowerment strategies and points of view, and an exploration of the innovation landscape. With intersectionality in mind, the listening moved next to the voices of youth groups, families, community elders, always seeking out individuals and organizations whose work may be underrecognized or which offer specific appeal to the Project’s goals.

Monfiletto has been persistent and outspoken in his characterization of the moment we find ourselves in, “I don't think we have really been able to take a hard look at the last two decades and the damage we have done.  Let's admit that we don't have the answers, the forces are outside of our control and we need to start thinking much differently about the role of school.  It's time to ask what it would take for schools to make our communities more just and better places to live, which is much more important than improving some outdated notion of school performance.” His New Mexico-based organization, Future Focused Education, has learned a great deal through public engagement, especially the industry partnerships and beyond-classroom learning of interning students, and is poised to bring that experience into the project.

Santos recently became the Executive Director of Center for Collaborative Education, an organization with deep and progressive roots in the Boston region, one that helped to birth and support Boston’s stellar Pilot Schools of the 1990s, spawn a generation of school leaders and bring forward CES practices and equity conversations. He is focusing much of his work on voice and ownership as the key drivers to collective ownership for these new schools. He is adamant that, “we can no longer settle for endless efforts to level an inherently unjust, unequal playing field and must build a better playing field based on equity, excellence, passion, and prosperity with students, families and their communities.” Santos brings a palette of experiences to the task, having been a teacher, principal, superintendent, and school president.

Myatt, with deep roots in school redesign, leadership coaching, and inquiry practices, refers to the Reciprocity Project as his “second bite at the apple”, a chance to rekindle conversations he recalls from the 1990’s, about serious innovation and building a new generation of schools. The Education Resources Consortium has kindled an emerging Innovation Network with schools that want to rethink curriculum and practices, adopt new frameworks and an Inquiry Tool Kit, and partner with innovators from other sectors to rethink their own structures, systems and practices.

Myatt has been frustrated by the recent plethora of approaches for “schools re-invented” from scores of nonprofits and think tanks, universities, deeper learning experts, and educational pundits, “They’re well-intentioned in attempting to show some kind of response to the impact of COVID on young people and their learning. But the essence of their thinking is still in a small box -more humane environments, more creativity- good things, but still minor iterations on the industrial model which ultimately don’t change the frame and are unlikely to change the results.”

Now is the time for disruption. The pressures of this pandemic have produced a population at severe risk, a situation primed for and demanding innovation. The Reciprocity Project is ready to seize this moment with you and use it to promote positive disruption of a failed, racist, and inequitable education system.

You can join us by helping identify schools and cities that are ready to create a new vision for public education. Contact us here. 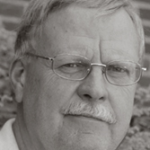 Dr. Larry Myatt, cofounder of the Education Resources Consortium, has been deeply engaged in education leadership development and school redesign and renewal for over three decades. He focuses his time on coaching and supporting a small number of committed schools and leaders in redesign, inquiry learning and building capacity for supporting social emotional needs of students.