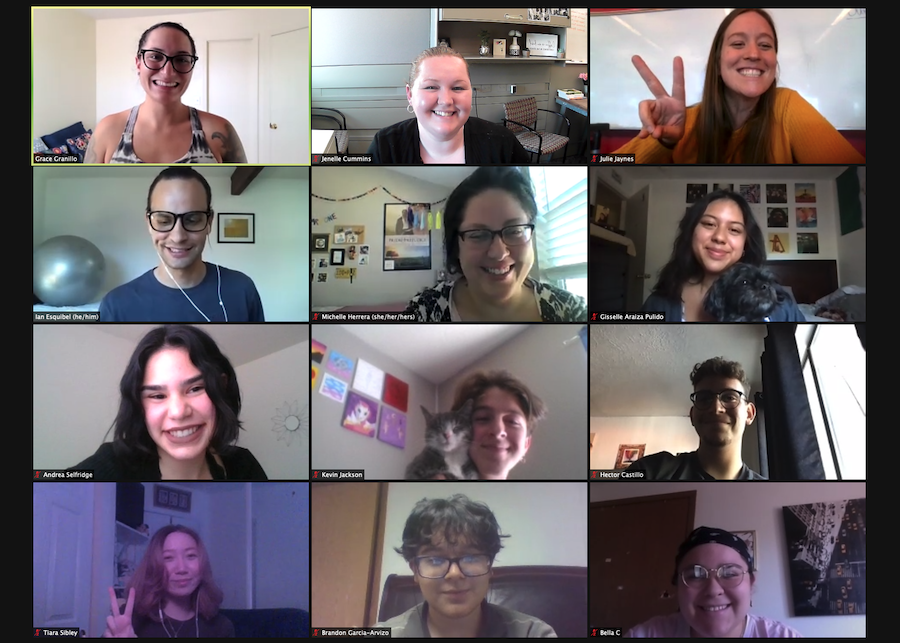 How Do Students Really Feel About Standardized Tests? Youth Interns Survey Peers to Find Out

Beginning in March of this year, the Youth Participatory Action Research (YPAR) internship surveyed over 270 high schoolers across New Mexico.

The cohort was comprised of local students, engaged in a paid internship to examine standardized testing and alternative assessments. The research interns asked their peers what students should be required to demonstrate before graduating.

“All of the responses were qualities that a standardized test doesn’t test for—not one!” said YPAR intern Andrea Selfridge.

“This was shocking to me. A test can’t measure any of these qualities, but this is what we use to determine if a student can graduate.”

The YPAR internship is a component of the New Mexico Graduation Equity Initiative, led by the NM Public Education Department and Future Focused Education. The YPAR students worked with mentors Grace Granillo and Ian Esquibel to perform research, focus groups, and surveys of highschoolers across the state.

“Many of the students we surveyed said standardized tests don’t accurately reflect their learning,”  said Selfridge. “People who would normally get As don’t perform well—that really resonated with me.” 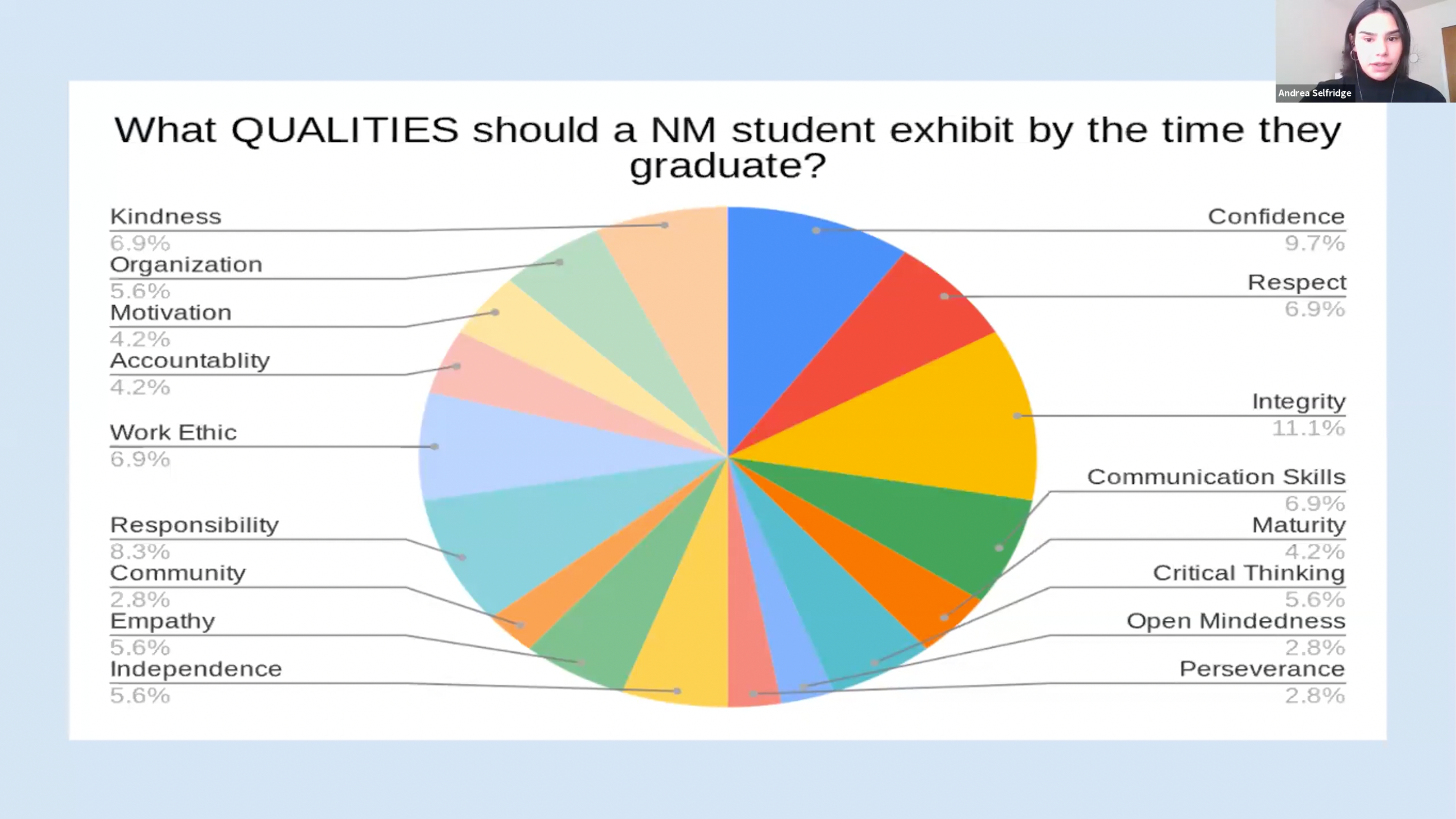 Selfridge is 18 years old, and a recent graduate of Albuquerque’s South Valley Academy. She describes her experience with tests as “always negative” despite being an A student in the gifted program.

“I never really performed well [on tests], which was frustrating because I know I’m a good student. I know I’m smart,” she said. “But when you see that number on a paper showing what you’re worth—it’s demoralizing. It’s not reflecting our experiences, morals, or what we’ve been through as people.”

She recounted the pressure and expectations to score high on tests, and the disappointment and shame when her scores came back low. “The bar is really high for high achieving students, when they don’t perform well, it’s shocking to the teachers. I’ve been told, ‘I thought you’d do better since you’re gifted.’”

Brandon Garcia-Arvizo, a senior at Amy Biehl High School, was equally incredulous. “It poorly reflects what they can do. It’s a test of memory rather than skill,” he said.

Gracia Arvizo was struck by the survey question “What are your feelings around standardized tests?” The survey respondents were overwhelmingly negative, he said. Responses included “stressed” “judged” and “marginalized”.

“The research reaffirmed my preexisting ideas: we do not like standardized testing, and so many of us have test anxiety,” Garcia-Arvizo said. “Tests should focus on critical and creative thinking instead of memorizing things.”

Selfridge said, “It was shocking to see that the majority of students feel that way, but it was comforting to know I’m not alone.”

Mentors Granillo and Esquibel facilitated candid conversations in the group to address the education system’s history of structural racism, and explore if alternatives to standardized testing can honor cultural and linguistic strengths.

Selfridge said the discussions around bias and oppression were especially enlightening. “Morals formulate who we are as people, but they can also affect our research through biases.”

As a first generation college student from a low-income family, Selfridge said she had biases around her own ethnicity and socio-economic class. “I believed I could never perform as well as a rich white kid. How am I expected to perform as well as people with privilege and private schools? Those thoughts stemmed from a lot of insecurity—I had to combat that.”

Mentor Granillo was impressed by this self-awareness and insightfulness. “The students were able to examine the biases they held that could influence their designs and approaches to research, and check in on those learnings throughout the session.”

After a particularly serious conversation where the group discussed imperialism, white supremacy, capitalism, and patriarchy, Granillo said one intern confided that she felt overwhelmed. “[The intern] shared how it felt like so much—too much—to fix. How could she go up against these huge systems of oppression and hope to make a difference?”

This struck Granillo personally. She described having similar feelings growing up as a young woman of color. “I felt like I was talking to that young lady and my younger self! I was able to tell her she is continuing the work her ancestors began, and that would be carried on by generations to come.”

A Little Help Along the Way

Brandon Garcia-Arvizo hadn’t expected the internship to involve such deep personal reflection, but was relieved that mentors Granillo and Esquibel tempered the gravity with playfulness.

“It was a lot of fun. We really built relationships with everyone. We laughed and joked. It was serious work but not a serious environment,” he said.

His research reached a similar conclusion as well. He described that many of the student respondents expressed the importance of social and emotional support from an adult.

“Students said that if they didn’t have that support, they’d feel alone, isolated, and didn't want to continue,” he said. This was especially acute during the pandemic, “but with support from adults or classmates, they stayed motivated and on track.” 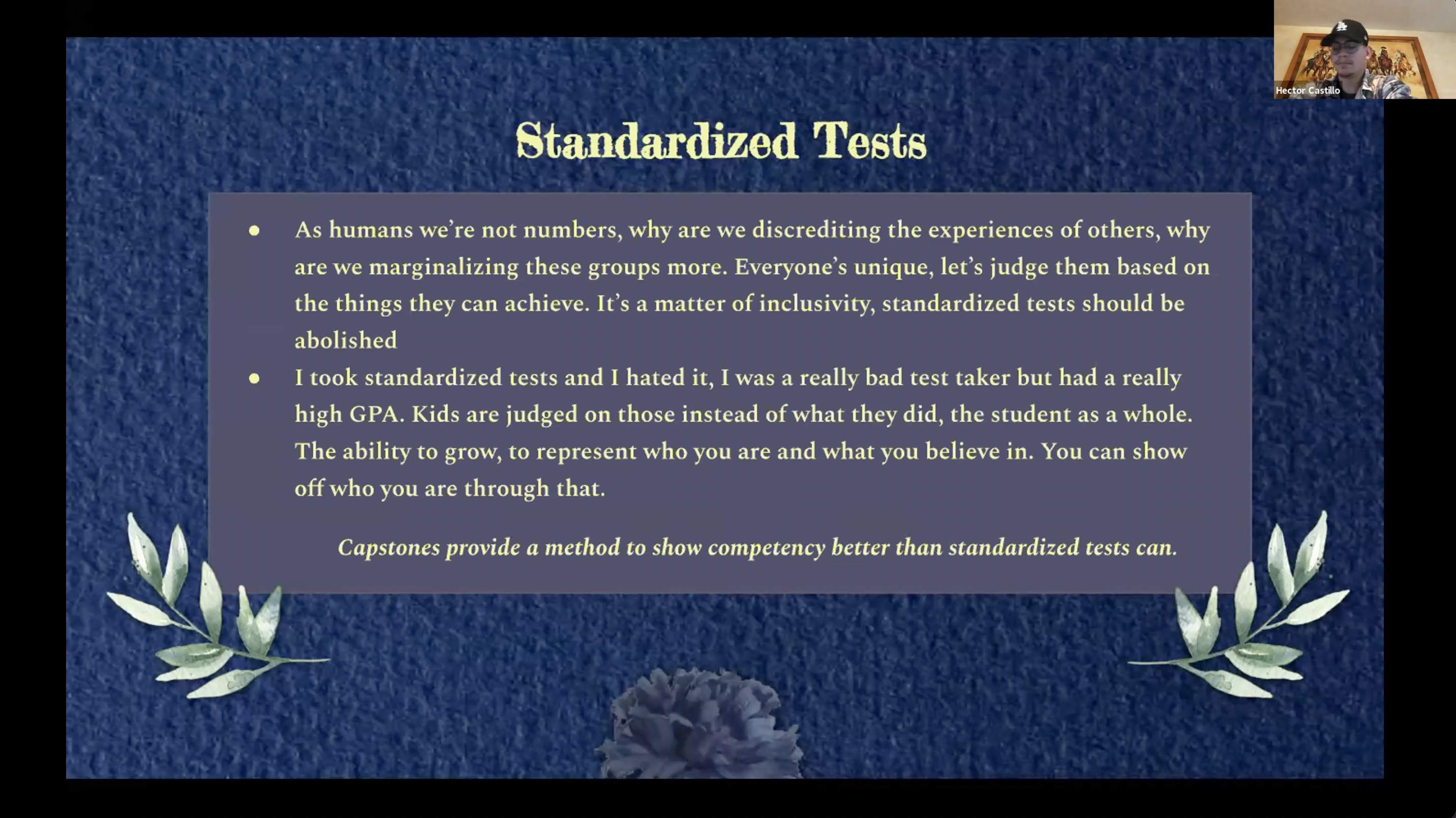 Across the 271 survey and focus group responses, the YPAR group concluded that New Mexico students share a general malaise and dissatisfaction around standardized tests, and need more social and emotional support, especially in post-pandemic classrooms.

The group’s research will help inform the ongoing work of the NM Graduation Equity Initiative, which is piloting Senior Capstone projects as alternative graduation requirements across the state. A second YPAR cohort will convene in the fall of 2021 to gather more feedback from New Mexico students, ensuring the Graduation Equity Initiative keeps students' needs at the heart of its work.

The New Mexico Graduation Equity Initiative is piloting a new project-based graduation pathway that culminates with capstone projects as an alternative to traditional testing. Learn more and join the movement here.

Read more in our Equity in Education series, tracking the progress of the New Mexico Graduation Equity Initiative.

Teachers of New Mexico: the Nation is Watching and Taking Your Lead

Why Does New Mexico Need a ‘Black Education Act’?