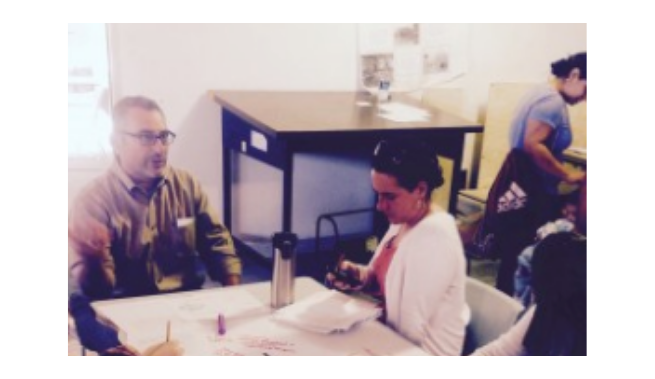 What Would Albert Do?

“Don’t go off on your own and forget about us”

“Don’t go off on your own and forget about us” was the last comment APS Board Member Barbara Peterson made to me after she abstained from voting on our charter proposal for the new entrepreneurship-focused Leadership High School, which was approved this month to become the fourth leadership high school in the LHSN. Peterson’s comment is a reminder that I’ve been operating outside the traditional school system for seventeen years in order to carve out a niche that would
allow innovation in public schools to flourish. When I co-founded one of Albuquerque’s first autonomous charter schools, Amy Biehl High School, in 1999, I did so after a teaching career at Highland High School. I left Highland when the school chose to give up its charter status. I was a young teacher and the big comprehensive high school existed within a system that didn’t have an urgency to change. Our students in Albuquerque needed more.

When we presented our proposal to APS to create Amy Biehl High School the then superintendent Brad Allison asked me to reconsider and instead create it as a magnet school within the district. However, my experience at Highland High School signaled to me that school was becoming increasingly irrelevant to students and a lack of social and emotional support systems were great challenges that were not being addressed. The reticence to change wasn’t in the consciousness of the leadership or the practitioners, but in the system itself.

Fast forward to 2015; after nearly a decade of centralizing power in the Secretary of Education and the former Superintendent we have a local school board that appears to fully understand the magnitude of the challenge we as a state and a city face to innovate and better serve our students. Last week I heard a request that we follow the vision for charters held by the former President of the American Federation of Teachers, Albert Shanker. In the 1980s and 1990s Shanker developed a vision of charter schools as innovation hubs that empower teachers and school principals to experiment with new methods for education. Then the successes derived from those experiments would be brought back to traditional schools to spread innovation. It is a vision that bets on the power of the practitioner rather than the bureaucrat or politician and I’m a believer.

We’ve had nearly two decades of turf battles, misunderstandings, and mistrust in the relationships between charters and traditional schools. I’ve been a party, or observer, to nearly all of it. I wonder, is it simply a matter of time until we come together to face the real challenges? It is more apparent than ever that teachers and school leaders are essential and we can make no progress without investing in their capacity to serve young people. Some hope that technology will be the answer to the talent problem many of our industries face, however, even the futurists will tell you that computers and software are tools that require expert teachers to deploy. Technology does not replace quality instruction.

One essential factor in our work at the New Mexico Center for School Leadership is that traditional and charter schools in New Mexico are home-grown and locally controlled institutions. They are rooted in the community and their chief responsibility is to make communities better places to live. They are intended to empower our democracy and be responsive to our local communities. Many school districts around the country have farmed out their educational challenges to Charter Management Organizations. This is a short-term tactic that does little to build the local community’s ability to address its own challenges. We do not have this problem in New Mexico, but we also have not seized the opportunity that has been left to us to be masters of our own destiny. It is time to start collaborating and there are some easy places to start: we can join together to create new and better assessments of student learning, better models for teacher training, strong social and emotional supports for children and families, and focus in on innovative school (program) design.

Granted, I’m an optimist by nature, but I’m excited about the future. Once before I wrote an essay about how the “Pendulum has Swung” from a focus on efficiency and econometrics (standardized testing) to school design and human capital development as a reform strategy. We are experiencing a rebirth to our better nature. We care deeply about the whole child and about schools as pillars of communities. We have more resources than before with many charters working hard on the same problems without the constraints facing traditional schools. Now, I see a political environment that might rediscover what public education can be at its best through collaboration.