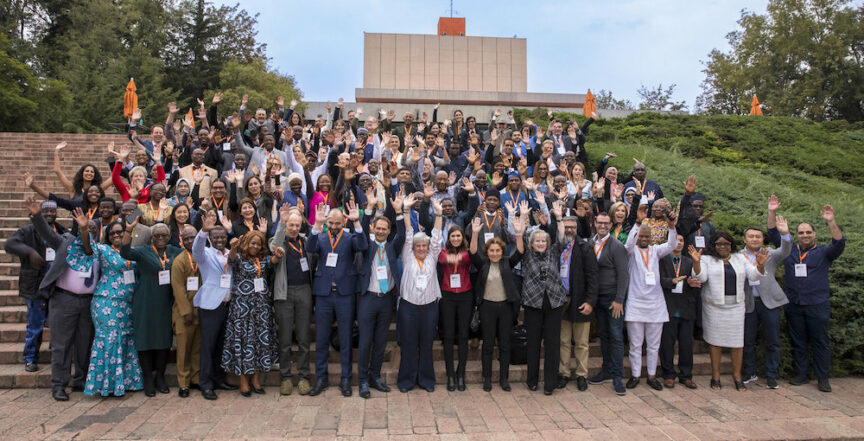 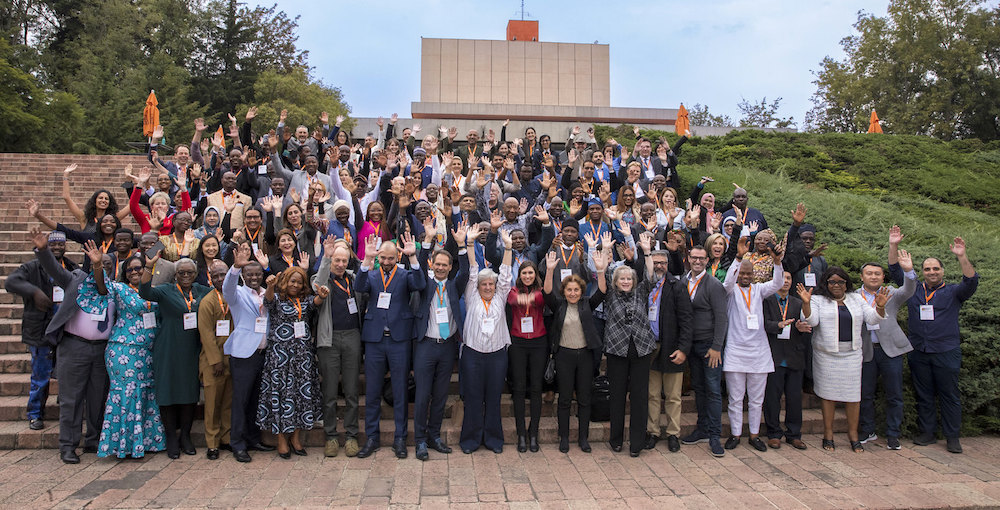 Future Focused presented at the International Association for Educational Assessment Conference which brought together school leaders from more than 50 countries across every continent.

At Future Focused Education (FFE), we are working to transform the existing power constructs and to bridge divides between communities and schools. No longer are we in a time where assimilation into U.S. society is the cornerstone of public education - and FFE is here to offer solutions and provide the tools to help systems make this transformation.

We envision a reciprocal relationship between schools and the communities in which schools serve to develop a prosperous society through the education of children. A world in which schools become a place that adds value to a community by becoming a source of inspiration and a catalyst for self-determination and youth- and community-driven solutions to society’s ails. Young people see the world with great imagination and hold the source of solutions that have the potential to unite communities, heal historical wrongs, and shape the future that students have a stake in.

Capstones were recently featured on a global stage as an innovative vehicle for schools to wrap every student with the structure to leverage the academic skill sets gained through schooling to create community-oriented projects that align with rigorous learning standards. For too long, the system has held on to a high-stakes testing approach to assessments that have sifted and sorted our children and limited opportunities for every child to learn and thrive. As outlined in the Opportunity to Learn, Responsibility to Lead report by the Education & Society Program at the Aspen Institute, we are called to shift from an accountability system that “measures students, to one that measures systems.”

FFE offers frameworks and tools to establish schooling as an essential part of a community and society through graduate profiles and capstone initiatives. The learnings from this work grown in New Mexico resonated with assessment leaders from across the world as they work to break out of colonial educational constructs in their home countries.

Future Focused Education traveled to Mexico City last month for the International Association for Educational Assessment Conference. The conference brought together school leaders from more than 50 countries across every continent.

Although the Future Focused team was only one presenter among hundreds, their ideas took center stage.

“COVID disrupted standardized testing so much, a lot of schools lost control of the testing environment,” said Lisa Harmon-Martinez, Future Focused Director of Learning by Doing. “As a global community assessment, leaders recognized that there could be flexibility and priority given to local control and context, instead of state-wide or nation-wide assessments.”

Many of the conference’s sessions focused on how to respond to the new creative freedom to better answer the needs of students.

The Future Focused team loved to see the themes driving their work in New Mexico raised by the keynote speakers. “Each day the keynote called for changing assessment to include student voice. Many of them spoke to the need for a culture of assessment that includes communities and families. They were calling for a shift away from standardization, which only  identifies what students can not do yet,” said Lisa.

“I thought we’d be alone in our perspectives, but the keynotes were exciting because I saw we were on the same level,” said Grace Granillo, Future Focused’s Organizational Learning Manager.

However, each day in the sessions, Lisa said, “most of the ideas were things we were already doing.” It became clear that Future Focused was doing the work on-the-ground that most other presenters were still talking about in theory such as decolonizing assessment by being responsive to community, including student choice and voice, and being culturally and linguistically responsive in authentic learning and assessment.

“There were many super knowledgeable researchers and PhDs presenting theories and papers, but we weren’t seeing them acted out,” Grace said.

Which is why Future Focused’s work really impressed the crowd. Future Focused presented about capstones as solutions to inequity, and a method for overcoming institutional racism. Lisa and Tony Monfiletto, Executive Director, presented on stage, describing the process of working with educators, administrators, and community members to build Communities of Practice that moved the work forward.

Future Focused on the Cutting Edge

“We’ve listened to the voices of the students and communities and started building new systems in response,” said Tony. “Our process is more emergent and demand-driven, rather than authoritative and top-down. We are not limited to what the ivory tower says is valid.”

Some people pushed back saying the only way to have reliable data is through standardization and testing.

“Reliable to who?” said Tony, “Does the community think it’s important? Or just psychometricians?”

“The conference was full of standard, recognizable approaches. They’re fiddling with small things, trying to make marginal improvements,” said Tony. “But the heavy-hitters, the keynote speakers, they all said, ‘all that needs to go.’ And that’s what we’re doing.”

Grace attended a session entitled "How Best to Relate Assessment to Quality and Equity" by Sylvia Schmelkes, former President of the National Institute of Educational Evaluation in Mexico.  In her presentation Schmelkes said plainly: “There is no way for standardized tests to be intercultural.” She said that we can try to make them non-discriminatory, but they will never be culturally responsive. Interculturally relevant and responsive would imply that the questions offered on tests would address what is important to the cultures of every student taking it.

“As I listened to her talk about how we can’t differentiate standardized tests enough to make it relevant to the child’s language and culture, I wrote in my notes: ‘We have the response! We’re doing it!’”

Grace shared the capstone approach with a colleague from Nigeria. She described how performance-based assessments like capstones allow students to connect with identities that are usually erased in standardized tests. “I identify as Tewa Pueblo and Hispanic. My grandparents spoke Spanish to me when I was a child but stopped because they were punished for speaking Spanish when they were in school,” Grace said. But capstones would have allowed her to research her heritage, present in her heritage  languages, and apply her research to a variety of academic areas.

Her Nigerian counterpart was amazed. She shared that in Nigeria they have hundreds of tribal languages, many of which are at risk of being lost. The country’s education system requires that when a child is 10 or 11 years old, they choose one language to become proficient in to complete their academic studies. Some students who choose a different language from their parents sometimes lose their ability to speak with their families.

“That was heartbreaking to me,” said Grace. “But I could tell she was seeing how capstones help preserve language and culture, and how it could apply in Nigeria.”

“It’s clear we are on the cutting edge. To hear that on an international stage, surrounded by our peers and thought leaders was very validating,” said Tony.

“I had the realization that we’re doing something really important for the world,” Grace said. “Decolonizing education systems and improving reciprocity can’t  just happen in New Mexico or Zuni. This work is needed on a global scale.” 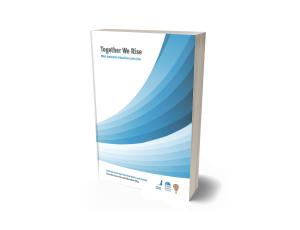