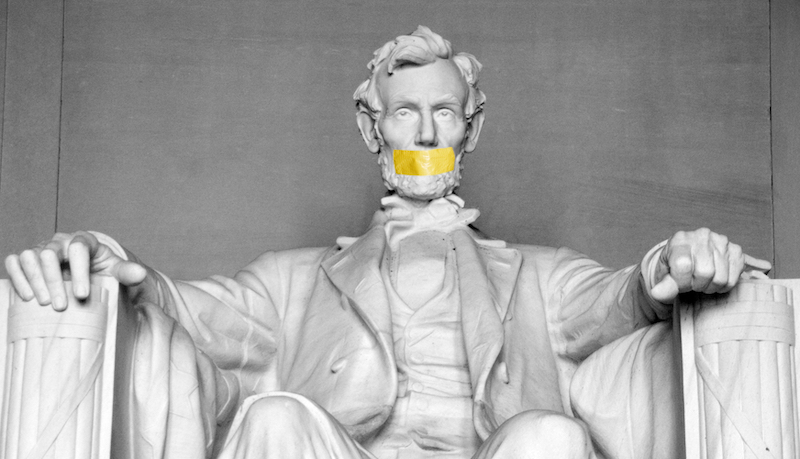 How New Mexico is Working to Decolonize Curriculum

“To overcome the flaws in the system at this point in our history, New Mexico’s students need a truly intersectional and postcolonial lens in their curriculum.”

The following position is my own, and does not reflect that of the New Mexico Public Education Department.

The challenge of decolonizing the nature and content of the instruction taking place in our classrooms is owed primarily to a case of endogeneity, in this case, the phenomenon whereby graduates perpetuate what they’ve learned as students once they become educators and other professionals in the same educational system that produced their intellectual capital.

The bodies of knowledge of our educators are predominantly colonial in their premises and paradigms, and therefore tend to reinforce colonialism. Albeit unknowingly, by ritualizing obsolete attitudes, educators and members of Communities of Practice can be perpetuators of institutionalized inequities as de facto beneficiaries and/or victims of this (or any) society.

As Lisa Martínez writes, some professionals’ assumptions about linear, hierarchical logics associated with Western thinking can often obfuscate the majority of possible approaches to problem solving. Such simplifications and assumptions, particularly those most germane to the curriculum offered within our public schools, are a part of a greater body of symbols (e.g., Imperial units of measurement, language of instruction, historical censorship, and structuring of time and logic) intended to keep New Mexico as it was in the 1850s, muddying our own understanding of where we are—educationally—relative to where we might be.

This often leads our goals of equity and inclusion to be considerably constrained by the colonial mold that shapes our own understanding, so that our end results don’t fall very far from our current predicaments.

There is also a cart-before-the-horse quality to this challenge for those seeking to cast off the ascribed disparities in our classrooms, particularly in the fields of history, social science, and the humanities, which are generally collapsed for K–12 students into social studies.

In practice, instruction and assessment are activities that follow and reflect an informed interpretation of curriculum. Any focus on improving assessment and/or instruction that ignores their source—curriculum—amounts to after-the-fact damage control in the wake of any gaps between what material was taught and what information would have been useful and understandable to students at every stage of their development.

To address instruction and assessment alone is an approach whose cosmetic effects would be rendered more consequential by addressing our educators’ knowledge of the world, and the curriculum that they impart.

In order to maximize instruction’s fidelity to curriculum, professional development—that is, education for educators—is a crucial complement for ensuring that we are not reproducing centuries-old, historically inaccurate beliefs that demotivate our most disadvantaged families.

To use language as an example, New Mexico’s families are becoming less bilingual/multilingual with every generation, and educators are no exception to this. This state’s indigenous languages and cultures, some of which are functionally inexistent elsewhere, impose an added responsibility to educators to conserve—not eschew—New Mexico’s cultural richness.

Furthermore, most of our students’ currently Eurocentric notions of language and culture generally lead them to consider Diné as a foreign language, but not English. Our students’ bias towards what belongs by default and what is, at best, optionally tolerated should also be considered as we evaluate the general social studies curriculum. Our initiative should account for the prevailing social forces, such as media and political propaganda, that continue to pose contemporary forms of colonialism in the United States as universal and unquestionable.

Because this problem of endogeneity tends to tailor our own expectations to be congruent with the structures promoted via colonialism, any exercise in best practices should make an overt effort to decolonize itself first, particularly through an intersectional approach to studying inequality in our thinking, our workplace, and in the lives of future generations.

The progressive character of New Mexico’s initiative to decolonize curriculum and instruction echoes those of other peoples in the midst of postcolonial transition and can serve as a model for how to successfully implement such a transition here. There have already been several successful enterprises in decoupling curriculum from Western-centered bias, particularly in Asia, the part of the world that has most effectively repelled and resisted subjugation from the West.

Asian countries have retained much of their linguistic and cultural continuity despite centuries of attempts to do to them what was done to Africa, America, and the Pacific Islands. Nations such as Singapore, China, Vietnam, and Japan—aside from being some of the highest performers in mathematics, languages, and sciences (OECD 2018)—have come to transcend the destinies that would have otherwise been ascribed to them by imperial powers.

Singapore in particular has been and will likely continue to be an exemplary case after which New Mexico could model many of its practices, including how best to phase out pro-British content from contemporary curriculum. The virtues of Singapore’s educational model most applicable to New Mexico include:

Following tested models such as these, the students of New Mexico could benefit from a similar emancipation from the perceptions and prejudices idiosyncratic of our region’s historical oppressors.

How New Mexico is Leading

The work of the New Mexico Graduation Equity Initiative (NMGEI) allows students to maximize their intellectual potential despite the traditional barriers that are still largely a reality in this part of the world. To this end, not only have local members of Arabic-, Hmong-, Korean-, and Vietnamese-speaking communities been consulted on the Initiative’s direction, but the recent incorporation of capstone projects as demonstrations of competency for graduation is going a long way towards individualizing and regionalizing our expectations of students based on their own communities’ standards.

It is evident from Future Focused Education’s research that students in the age of COVID are far from satisfied with conventional educational models and standardized bubble tests (see also Deborah Good’s article).

Doing away with standardization as a feature of our core metrics is a forward-thinking approach during the most unpredictable time within living memory. There is still much work ahead before we can consider our educational system to be devoid of racism, nationalism, sexism, and other prevailing prejudices, but NMGEI and similar initiatives constitute the initial steps towards this ideal.

To overcome the flaws in the system at this point in our history, New Mexico’s students would greatly benefit from a truly intersectional and postcolonial lens in their curriculum. What has been done and presented by students participating in NMGEI so far around their capstones is impressive, and should have been in place decades ago.

Lastly, although capstones honor students’ home languages and cultures, one of their potential shortcomings is that they assume that a student’s currently ascribed culture is their correct or appropriate culture, though many of our colonized students have already been reduced to speaking exclusively English, and thus have no connection to their ancestors’ languages and cultures. Once colonized beyond a critical point, a community will be swayed by the will of its occupiers more easily than by the fading voices of their ancestors.

Still, while the capstone is not an all-inclusive solution, it serves students who may not be able to demonstrate competency within the comparatively rigid system in current practice, particularly in the immediate future.

Alexis Álvarez is a Research Associate at the Institute of Research for World-Systems at the University of California, Riverside, and currently serves as Deputy Director of Research, Evaluation, and Accountability for New Mexico’s Public Education Department. He has published research on topics ranging from the history of Bronze Age Mesopotamia to contemporary issues around global justice and human rights, in addition to Latin American politics, sociolinguistics, and innovations in quantitative methodology.

The New Mexico Graduation Equity Initiative is piloting a new project-based graduation pathway that culminates with capstone projects as an alternative to traditional testing. Learn more and join the movement here.

Read more in our Equity in Education series, tracking the progress of the New Mexico Graduation Equity Initiative.

Teachers of New Mexico: the Nation is Watching and Taking Your Lead

Why Does New Mexico Need a ‘Black Education Act’?